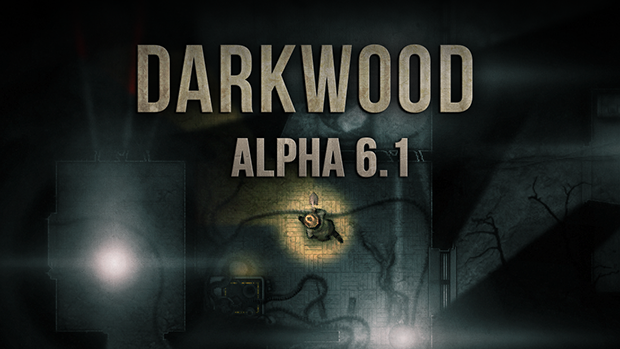 This update is a bit overdue, as I had to undergo appendectomy last month and needed some time to recover.

– Darkwood now supports gamepads! Just press any button on your controller during gameplay to switch to gamepad mode, which has many changes compared to the mouse + keyboard scheme to make it easier to play.

Please note that this feature is still experimental, and as we’re not really gamepad players, we’re looking for feedback on how to improve this mode!

– A new difficulty mode! Instead of a permadeath switch when starting a new game, there are now three difficulties: Normal (the same as the non-permadeath mode), Hard (you have a limited number of lives), and Nightmare (the same as the previous permadeath mode).
– Lights and your FOV are blurred (only on High FX settings).
– The protagonist has been completely redrawn! Apart from a sleek new look and new animations, there have been changes to weapon speed and range.
– The Rock Savage has a new look too!
– Some balance changes to items, monsters and weapons.
– Lamps have a bigger light range.
– Modified spawn locations for Elks.
– The pitchfork can get stuck in walls now.
– Some new items to examine.
– Added hints before nightfall concerning the Oven.

– Completely redone the input system to fix some annoying issues.
– Fixes to a few player animation issues.
– Fixes to pathfinding for some enemies in the wilderness, especially elks.
– Fixed not being able to jump through the fence in doctor dream.
– Fixed doctor’s portrait suddenly changing into the generator…
– Fixed Careful Step perk not working with beartraps which were set before the game starts.
– Fixed Scary Face perk making a delay where you can’t use other perks.
– Fixed issues with small windows.
– Fixed black screen after doctor dream.
– Fixed electronic game.
– HOPEFULLY fixed sound volume being reset sometimes.
– Some crafting fixes.
– Fixed weapons losing their upgrades.
– Fixed some items being refilled after death.
– Fixed static effect being applied after getting hit during night.
– Fixed flare smoke rendering incorrectly.
– Removed a few repair kits.
– The protagonist can’t be moved when dying now.
– Fixed torch flames not disappearing when destroying the torch by hitting something.
– Fixes to walls, windows and doors being incorrectly lit.

What’s next? Artur has drawn a ton of new stuff which is waiting to be added, and it looks like we will focus on reworking the storyline of the first chapter in the next update!